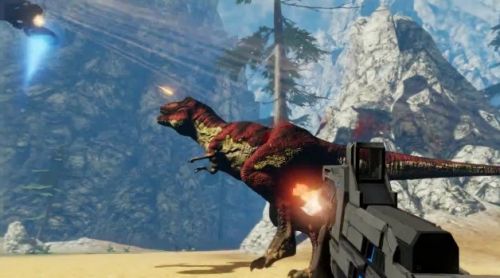 Come on, April, you're killing me. After a stellar March we're still limping through this dud of a month. Game quality has been okay-ish, but the quantity of co-op games has been dreadful. We've got two games coming out this week. Ones features zombies, the other has dinosaurs. Ninja Gaiden 3 had a zombie dinosaur, and we all know how that worked out.

The House of the Dead 4 (PSN) It's a House of the Dead game. As long as they didn't mess with the formula, (shoot monsters with your light gun) it should be awesome. The guy working on the review says it will be up by Friday. 2 player local co-op

Here are the rest of this weeks retail releases, complete with Amazon link. As usual, if I missed anything, drop us a line in the comments section.
Deadliest Warrior: Ancient Combat (360, PS3)
Disgaea 3: Absence of Detention (Vita)
The Witcher 2: Assassins of Kings (360)