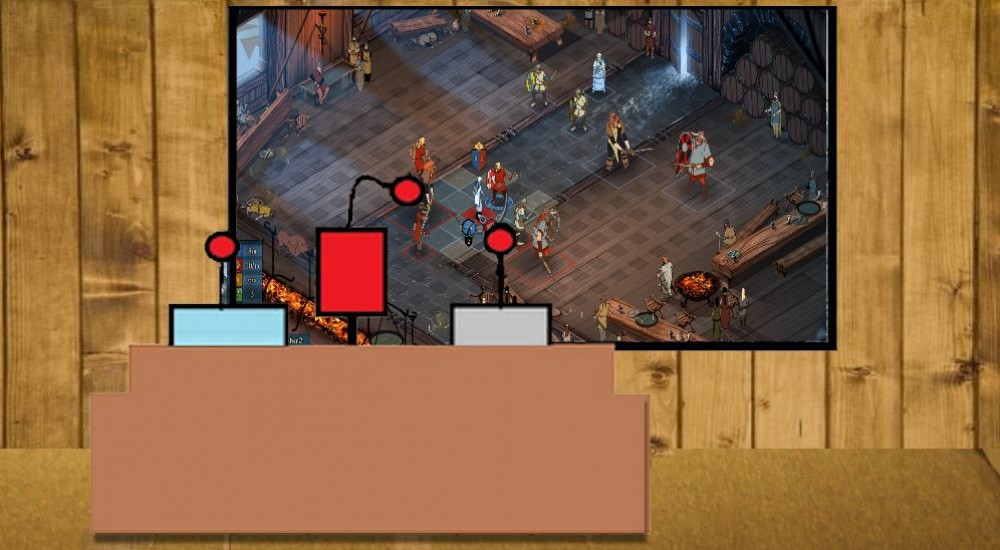 The backlog completion has been temporarily put on hold a few giant indie releases came out this past week with A Banner Saga and Broken Age. Both kickstarter funded these (sadly single player) games have been met with great enthusiasm. There's also Nidhogg, a bizarre Atari looking game about fencing  and giant worms.

Mike Katsufrakis (@Pheriannath) - "Broken Age and The Banner Saga are calling my name, but which should I play? Oh, the dilemma!"

Marc Allie (@DjinniMan) - "I just got a crokinole board, so we will be playing that. Board game day tomorrow, but I hope to scream at my kids for leaving me behind in Super Mario 3d Land some as well. "

Jason Love (@JLove55) - "Not quite sure what to play this weekend. Likely some more Warframe (PS4 players, don't forget to hit me up: Pazuzu55; got a CoOptimus clan going) and maybe checking out this Banner Saga thing. Maybe some Ring Runner? Then again, maybe I'll just sit on the couch and mindlessly watch TV with the fiancee"

Eric Murphy (@smurph_em)-  "My wife and I dusted off the Wii and have been playing through New Super Mario Bros Wii again. Expect lava induced rage, thrown WiiMotes, and domestic disturbances. Hopefully the neighbors don't call the police."

Tally Callahan - "I'll be sharpening my sword and preparing my shield in Banner Saga. Also, tabletop Pathfinder on Sunday, hopefully."

Sam Tyler (@thereelsamtyler) - "Uses the force to punish some pigs.  I will also be playing Angry Birds: Star Wars on the 360."

Chris Metz (@The_Lemko) - "Working on my Elrond build in Guardians this weekend! I hope to move my attention to something else co-op soon..."

John Bardinelli (@itsamejohn) - "I have a full day of Monster Hunter co-op planned. Because I need another set of armor, right?"

Justin Reynolds (@justinsocial) - "Been playing some single player WoW lately. I mean Kingdoms of Amalur. It's pretty fun. I have a hammer. Also there's some crazy techno Galaga game on PSN that's a hoot and a half. "

Taylor Killian - "I'm knee deep in the feelgood game of the year, The Last of Us."