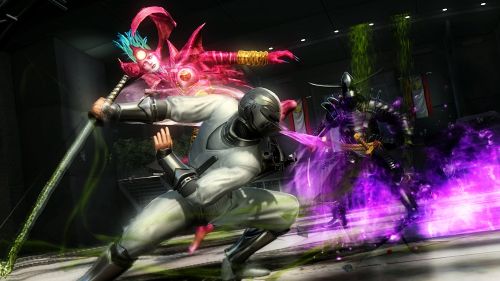 Ninja Gaiden 3 has gotten a steady stream of DLC, but until this point there's been very little in the way of co-op content.  Now a new content pack is out called the Ultimate Ninja Pack and included in it are two new co-op challenges, two new sets of armor and four new pieces of headgear.

The Ultimate Ninja Pack is available for free right now on Xbox Live and the PlayStation Network, but will cost $10 after May 24th.  So if you plan on getting NG3 or have the game, you'll wanna snag this ASAP.  Though...you might want to read our review before you do.