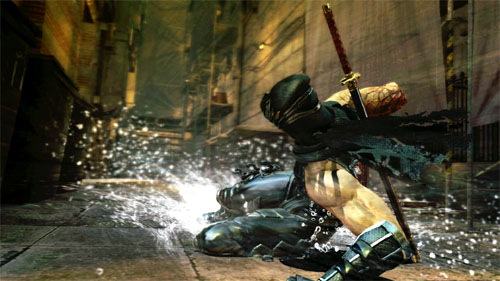 It's true, we've been getting teased a bit when it comes to the co-opability of the next installment in the Ninja Gaiden series, Ninja Gaiden 3. Well, the teasing officially continues, this time from E3! We've been told that online co-operative and competitive modes (2-8 players) are currently being implemented for the game, and that these modes will both be "rich" and "challenging." Those adjectives are certainly... not... vague? We've also been promised that "new challenges, characters, and missions await those who choose to join the Shadows of the World online!" Well, you're very cryptic, Team NINJA, but I can respect that. Ninja Gaiden 3 will once again follow Ryu Hayabusa, exploring what drives him to fight, murder, maim, and kill. I've heard it will change how fans think about ninjas. Now I just need to figure out exactly how I currently think about ninjas. Hmmm. Ninja Gaiden 3 is planned to release early 2012 on the Xbox 360 and Playstation 3.