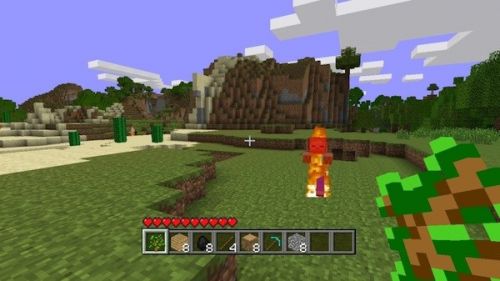 Within 24 hours, Minecraft: Xbox 360 Edition has broken the XBLA record for the most sales upon release, claiming the hill over RedLynx’s enormously addictive title, Trials Evolution. Although this is quite an accomplishment for any developer, others feel that the game’s success was propelled by Microsoft favoritism. Markus "Notch" Persson smiles for a pictures, while wearing his famous Swedish hat.

Markus “Notch” Persson, the creator of Minecraft, tweeted that the numbers were “Very, very good” and that the game became “profitable in an hour”. As stated in our previous article, 400,000 players are already on the leaderboards and are growing by the day. Without a doubt, Minecraft: Xbox 360 Edition has risen above all expectations and has firmly established itself as one of the top XBLA titles of 2012.

With all the success that Minecraft already has, Fez developer, Polytron, still felt as though Notch received special treatment from Microsoft because of the willingness to allow free updates to the game rather than through paid DLC’s, as well as Mojang receiving sales statistics much earlier than most other developers. Polytron had decided to ask Notch directly, via Twitter, about this, saying, "How did you get those stats from MS? We still don’t know exactly how much Fez sold almost a month later. You get stats in 24 hours?

Notch replied, “What? Really? I thought it was standard procedure! That sucks. :-(“

Standard procedure [sic] is: you find out how much you sold when you get your first check 3-4 months later,” Polytron wrote back, before saying free updates for games, “is something every other developer on the platform is told is simply not an option.

In response to the explanation, Notch stated that Mojang “had to fight for that” and “got a limited number of them.”

Minus the Twitter drama, both Minecraft and Fez are worth spending money on. Still, we can’t help but wonder if Microsoft might give special consideration to titles that are predicted to be financial jackpots. Do you think that Notch and Mojang got any special treatment for Minecraft: Xbox 360 Version? Leave us your thoughts in the comment section below!