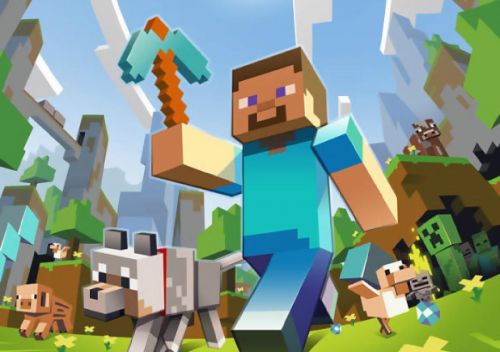 The latest update to the mega-hit Minecraft: Xbox 360 Edition is out now. The next time you start your game, you will automatically download patch 11. This time around, there are no super exciting new features or items available, however. Update 11 is simply a fix to some of the bugs and glitches that have been present in the game. For a complete list of those fixes, take a look at the patch notes below:

- Fix for explosion lag issue on clients in an online game.

- Fix to remove any Fireballs hanging in the air in a save game.

- Fix to only show the spawn limit message to the player attempting to spawn something.

- Fixed the terrain mipmaps to have the updated version of the gravel texture in them.

- Fix for the spawn limit overrun when shearing or breeding Mooshrooms

- Increased the limit for Paintings/Item Frames, Villagers, and Snow Golems in a world.

- Display a message when the maximum Paintings/Item Frames are reached.

- Display a message when the user tries to put an animal in Love Mode when the spawn limits have been reached.

- Display a message when the user tries to spawn an enemy from a Spawn Egg in Peaceful mode.

And that's about it. Nothing too exciting going on this time. in other Minecraft: Xbox 360 news, two new skin packs have been released, one of them completely free. The free skin pack is meant to commemorate the first anniversary of Minecraft: Xbox 360 Edition, and it is titled the "1st Birthday Skin Pack." The other skin pack contains warriors in capes and helmets as well as members of the animal kingdom, and is named "Of Battle and Beasts."

Minecraft: Xbox 360 Edition is the console adaptation of the PC hit classic. It features cooperative play with up to four players locally, or eight online.