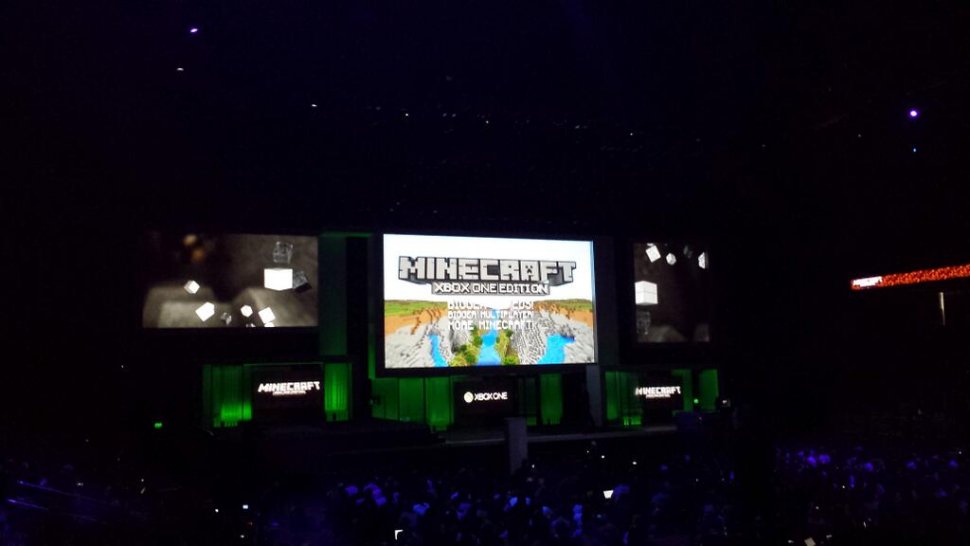 A new console version of Minecraft for the Xbox One was revealed during Microsoft’s E3 press conference last week, hopefully exciting avid Minecrafters for the system. However, those that have put in countless hours into their worlds on the Xbox 360 Edition may not be able to continue their hard work on their Xbox Ones.

Originally, it was stated that in-game saves wouldn’t be able to transfer to the new system. The reason for this is mainly due to the new version containing much bigger worlds and increased multiplayer features/support; an entirely reshaped Minecraft would need to be developed for the Xbox One. Phil Spencer, the boss over at Microsoft Studios spoke about this issue to OXM recently:

No, it's a new product on Xbox One. We're actually updating it in pretty significant ways for the new platform. Bigger worlds, which don't translate between the Xbox 360 and the Xbox One.

Minecraft 360 Edition is still a very popular XBLA title to date, ever since its release over a year ago, so there’s no surprise as to why some gamers might be upset over this. Still, Spencer also stated that all hope is not lost. Over this past weekend, he went to Twitter to give everyone an update to the story that should bring some spirits up:

Just chatted to [Microsoft Studios producer Roger Carpenter] @PopsRamjet and we are still actually discussing it with @4JStudios! Stay tuned.

Whatever the final decision becomes of the in-game saves issue, rest assured that 4J Studios and Microsoft will continue to produce many more updates and content for the Xbox 360 Edition long after the Xbox One’s release.