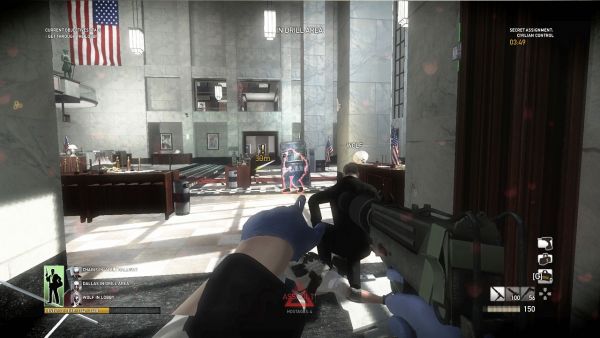 Now here's a bit of interesting news that just appeared out of nowhere.  Overkill, makers of the 4 player co-op PAYDAY: The Heist and Valve, publishers of Left 4 Dead are collaborating on a new project that is "a blend" of the two aforementioned titles.   Overkill was just recently purchased by Starbreeze, who put out the recent Syndicate title, making this bit of info even juicier.

As perceptive gamers will have noticed, several hints have recently been dropped into PAYDAY The Heist, which has led to various rumors. We are excited to be able to confirm that an in-depth collaboration between OVERKILL and Valve is currently in production.

We are working on a very cool blend of PAYDAY and Left 4 Dead. I am sure it is so exciting that it will have some players check into the hospital before we are done.

Alright, stop, speculate and listen.  At first glance it might seem as if this would be a new game that somehow blends elements of both.  Both titles are already pretty similar being four player co-op FPS games, though the setting is quite different.  Zombie bank robbery seems to be the easy answer.  While this is the ideal outcome of this partnership, it's not the most likely.

In all likelihood we'll be seeing some sort of content available in both games that ties the two worlds together. Crazy clown masks in Left 4 Dead?  Shambling zombie civilians in PAYDAY?  I'm sure we'll hear more at E3 in a few weeks.