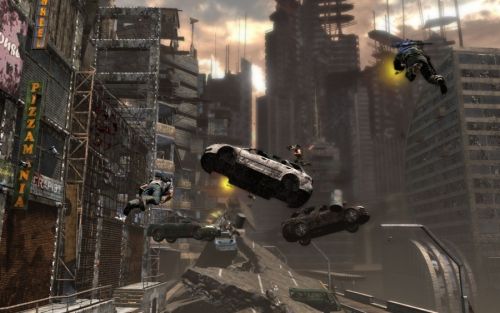 Once again, space and time have warped around the gravity manipulation game, Inversion, causing another delay. According to Eurogamer, the game has been pushed to July. It was supposed to launch on June 5th. This is the 63rd delay for the game, the first most notably coming in August of 1981, when the title was originally scheduled to arrive on the Atari 2600. I bet the delay will give Saber Interactive a chance to make it even better, assuring us a polished co-op experience.

Inversion supports two play local or online co-op. Someday, hopefully soon, it will be available for the Xbox 360 and PlayStation 3.