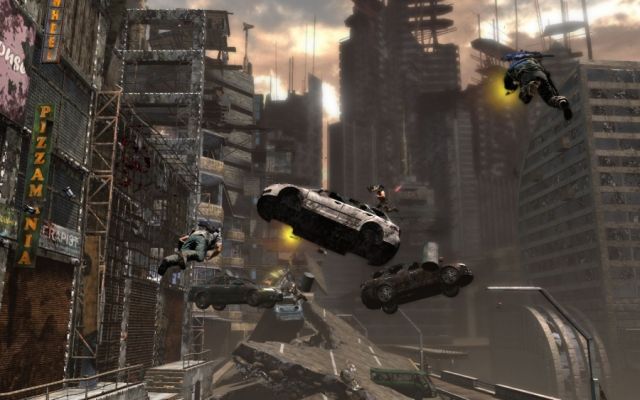 There's been a plenty of gimmicky third person shooters.  Some games let you change the terrain, others use psychic powers to varying degrees of success.  Inversion has a gimmick, but it appears to have a little substance to its style.  Well, at least the gimmick seems to be fully realized, which might be enough to separate it from the late winter fodder.  This latest video introduces us to some of the gravity related combat features of Inversion.  We've seen some of these before, but hey, they look nice.  As an added bonus, the melee combat looks brutal and bloody.  Gravity assisted body slams are always a good thing, right?

Inversion is out of February 7th, 2012.  I know the video says differently.  It's all wonky when it comes to dates.  (By "wonky," I mean "European.")  It will be available on the Xbox 360 and PlayStation 3.  Inversion supports two player online and local co-op.