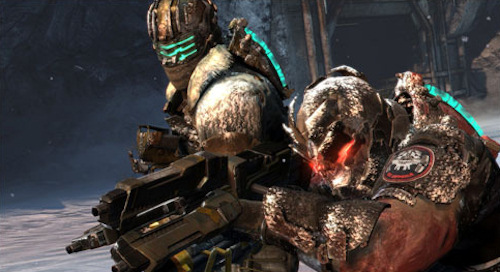 It was less than a month ago that rumors of a Dead Space sequel with full co-op support was coming.  E3, kicking off next week in Los Angeles, is the likely target for the announcement.  The latest batch of screens for the game, obtained from an unknown source, definitely seem to support the fact there is co-op play.  Numerous scenes show Isaac and another character working together to take down the freaky creatures.

What I find odd, looking at these screens, is I'm strangely reminded of Army of Two.  The characters look beefier, the contrasty brown color palette seems similar, and of course...there is co-op.

Co-Optimus will be at E3 2012 next week, hopefully with Dead Space 3 information in tow.