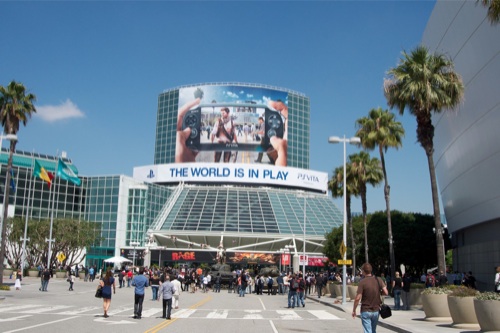 It's that wonderful time of year.  The gamer's Christmas.  It's E3 2012, taking place June 4th through 7th at the LA Convention Center.  This year Co-Optimus is sending four staff members to bring you all the gaming coverage we can muster.  We've got a solid 25 appointments lined up with various publishers, developers and hardware manufacturers.  This year we are hoping to bring a bunch of video content to the site, so be on the lookout for that.  You can follow all of our E3 coverage on this page right here.

Below is a listing of the co-op games that should be on display during the show.  But before you dig into that, the crew is offering up some predictions. This E3 is going to be interesting for me as I've got a solid mix meetings lined up for a variety of topics, not just for show coverage, but business oriented too.  While I'm excited at that prospect, I can't help but wonder if we're going to be completely underwhelmed by the show this year.  I predict Sony and Microsoft to announce next to nothing, with what they do announce, be completely service oriented type things.  Microsoft a music service, Sony some sort fo cloud gaming service.  Perhaps a price drop or two.  Nintendo will obviously focus on the Wii-U, which should be exciting for fans of their games, but early indicators seem to make this device somewhat underwhelming.  I hope we can be surprised.

I’m usually pretty bad at making bold predictions, but I’ll do my best. First, a repeat of one I made on the Co-Opticast a few episodes back: Epic’s Fortnite will not only be a co-op title, but I suspect it’ll be a free-to-play game. Borderlands 2 or Halo 4 will probably come away with our Game of Show awards. Nick’s decided to bow out of going to the Nintendo press conference this year, so I’ll say that it’ll be pleasantly surprising, and he’ll regret not going. Andrew and Locke will get in a bar fight. At least one of the half million MMOs on display will really excite me. Wishful thinking: my PS3 just bit the dust, so that must mean that there’s a price drop coming.

Double wishful thinking: Sony will announce a Vita title with online co-op, or at least a few more games for the damn thing worth picking up.

So with this being my first E3 where I'm actually there in person, I'm going to use this as my excuse to make outlandish predictions that will most certainly be true. I am a sucker for 4X games and customization so Legends of Pegasus is looking like something that I could sink a ton of time into. Kalypso is no stranger to strategy games so I'm looking forward to seeing what they can do in space. I'd wouldn't be lying if I said I wanted Crimson Dragon to be a modern take on Panzer Dragoon, so I'm hoping that the Kinect controls don't take away from the game experience.

Dungeonland and The Cave are two titles that I want to definitely see in action because I think they will be doing some really cool things that some of the larger studios are too afraid to try.

Finally, with the delay of Anarchy Reigns I'm hoping that this gives me an opportunity to try and figure out what the heck is going on in that game. From what I have seen it looks as though the SEGA booth will explode into a fire of awesome that is emanating from the Anarchy Reigns kiosk.

Ah crap, I'm last to go with my predictions, and everyone used up all the good stuff. Screw it, go big or go home. Sony, or Microsoft, or both, will debut their new consoles, just to cheese off Nintendo. The new systems will be soul-shattering beacons of mighty gaming awesomeness, but my old eyes will barely notice the graphical upgrade. I will fake it and claim they are "all that ever was and all that ever will be."

The PS4 will be priced at $1000 and won't have backwards compatibility. The new Xbox won't be called the neXtbox or the 720. It will be called something fancy-pants like "Xbox Prime." Both consoles will basically be multimedia streaming devices with slightly upgraded motion controls that require a paid subscription. Their primary functions will be to advertise games that are at least a year from completion.

Some games will be awesome, some will be fair, others will suck, but it's hard to notice the duds in the echo chamber of hype that is E3. All I know for sure is I'm going to get some Dark Souls action, and probably fight an editor from G4tv. Oh, and holograms! Holograms, everywhere! If there's not a holographic Master Chief, I'll be sorely dissapointed.

Wizards of the Coast