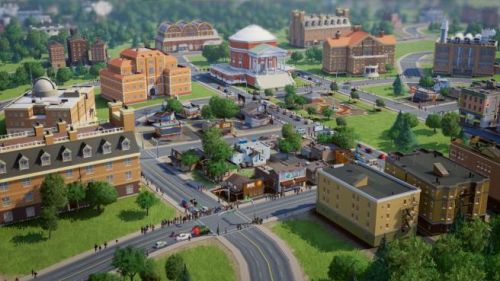 Electronic Arts just held their press conference this afternoon and there wasn't a ton of specific co-op titles to come out of the Orpheum Theatre. One game that was shown that we are clamouring for more information about is the new Sim City from Maxis. The game looks stunning and the new aethestic seems more designed than any of the previous titles, giving players a more tacticle feel than the usual dry user interface. No details were given on how players would interact with each other, but it looks as though there is some form of co-op in the upcoming city simulator.

One thing we are not certain on is how the co-op is going to work. We know from previous announcements that your city will affect your friends cities in some way and that they will show up as neighbors on your map. Hopefully there will be some direct contact with other players as you build your city, or even make city building a full co-op feature. During the video it looked as though more than one player was building the city, making us hopeful for some awesome integration of co-op into this simulation classic. Regardless, we are looking forward to hearing more about the co-op of SimCity.

SimCity is slated for release in February 2013.