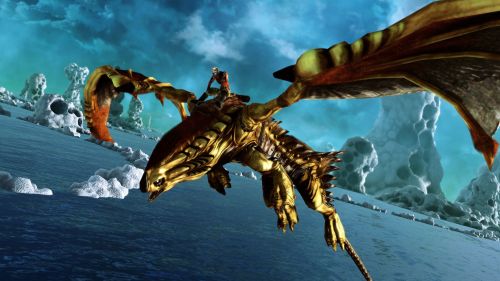 Dragon riding aficionados may have noticed something missing from this week's Co-Op Release Alert. Crimson Dragon was supposed to launch this week but was unceremoniously delayed. According the Xbox.com it has been set to release on December 31st, 2799, which means it's not my problem, or anyone else's for that matter.

Despite the ridiculous placeholder date we still expect Crimson Dragon to launch this year. It will support three player online co-op. According to Andriasang, Microsoft offered no reason for the delay, but they did issue an "apologetic press release." Bummersville. Population: Me.