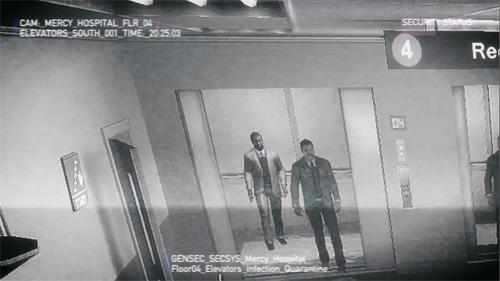 We've told you before that Overkill Software, creators of PAYDAY: The Heist, had a surprise which included some sort of collaboration with Valve set in the Left 4 Dead universe.  It's now been leaked as to exactly what that is.  It's called PAYDAY: No Mercy and looks to be a map or a set of maps for PAYDAY: The Heist set in the familiar Left 4 Dead level No Mercy.  But that's not the interesting part for the four player co-op game.

What's interesting about this map is it seems to tell the beginning of the L4D outbreak, as the heist is actually trying to steal a blood sample for "someone in quarantine" at the hospital.  Could we finally find out what caused the zombie outbreak?  The trailer has since been pulled from the official channel of Overkill for an unknown reason, but what's on the internet is always on the internet - so it's been reposted elsewhere.  We'll bring you more details when we have them.