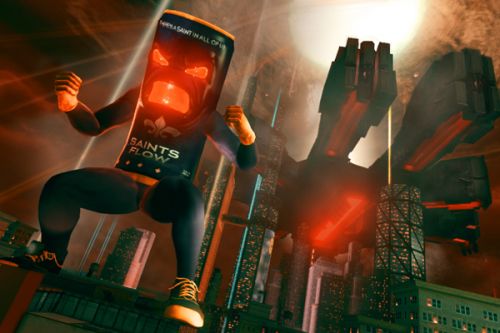 New THQ president Jason Rubin had this to say about the ambitious DLC:

Judging from recently released SR:TT add-ons, this is probably a good move. THQ has been abusively milking their downloadable cash cow with things like the Penthouse DLC (the secret ingredient is boobs!) and the "Witches and Wieners" pack (video below).

Warning: It's a Saints Row: The Third video. You should know what to expect.

They're charging people money for this.

Saints Row: The Third supports two player online co-op. It is available now for the Xbox 360, PlayStation 3, and PC. It's actually quite good, even without all the DLC. Here's hoping Saints Row 4 has even more co-op options.