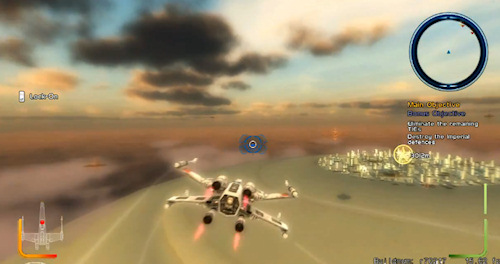 An hour long video of Star Wars: Battlefront 3 has leaked to the web from what looks like a pretty early copy of the game.  We've heard rumors time in and time out that a sequel was in the works, but at some point it was cancelled by Lucas Arts.  The game was being developed by Timesplitters creators, Free Radical.

While the footage is pretty raw, there's plenty of unpolished and just plain missing graphics, it does give us a taste of what the game was going to offer.  We see levels set in both the new and old trilogy and plenty of hero characters to choose from as well.

Both Battlefront 1 and Battlefront 2 offered co-op play in some form, though neither game had a true story, they were capable of letting you comp stomp some bots with friends.