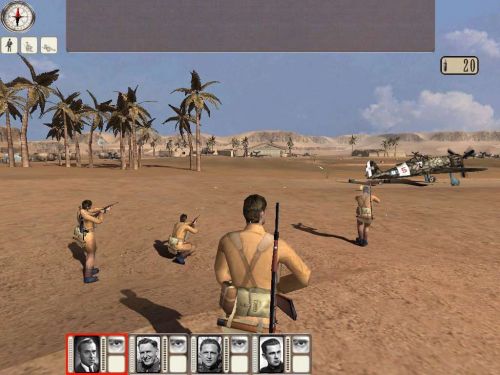 GameSpy has recently come under new ownership by a company called Glu Mobile.  Unfortunately it looks like the first thing the incoming regime did is what happens a lot in corporate takeovers, they trimmed the fat so to speak.  With that they shutdown a lot of multiplayer servers for several older PC games.  Many co-op titles like Neverwinter Nights, Hidden and Dangerous 2, SWAT 4, and Star Wars: Battlefront no longer had any multiplayer functionality - though some games do allow LAN or direct connection options.

While most of the functionality lost has to do with server browsing, the bigger issue here is that the servers were shutdown without notice.  While server shutdowns are nothing news, many fans like to give a game a "last hurrah" before being sent off to the great digital divide.  There may even be a legal issue here as some server shutdowns to require 30 days notice.

It should be noted that there are costs involved with running this service, and while some developers were still paying GameSpy to run their servers, many were not.  But even those that were paying had their servers shutdown in some cases, like Sniper Elite developer Rebellion.  The new cost associated with bringing the servers back online was simply too high and therefore not an option for a 7 year old game.

GameSpy is also claiming that many of the publishers were informed of the imminent shutdown and most failed to respond.  So was a 30 day notice the fault of the publishers?  It's an ugly situation regardless and it's sad that many classic games may never get the proper multiplayer treatment they deserve again.