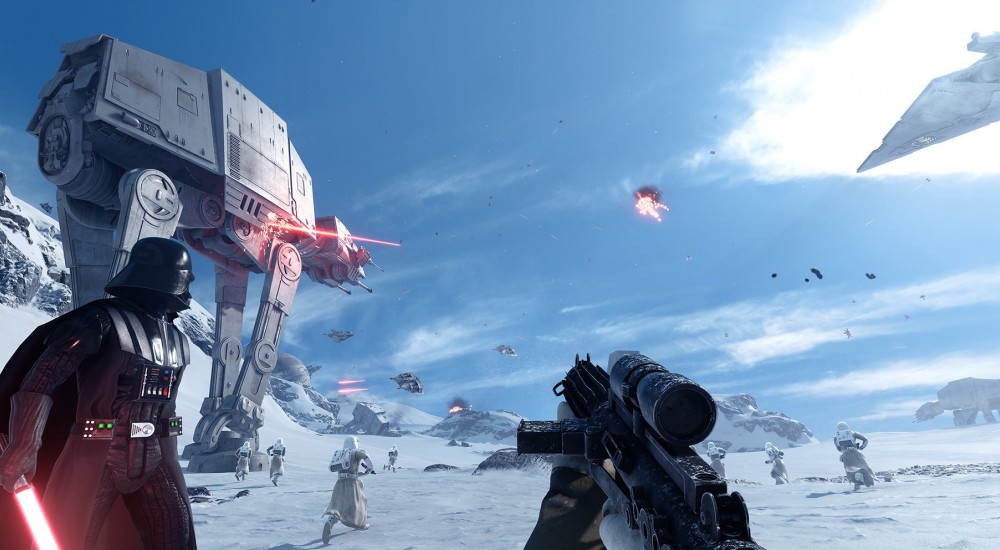 A free update is arriving this week for Star Wars Battlefront that will expand upon its co-op offerings. On Thursday, a new "Skirmish Mode" will be added to the title that will allow players to test their skills against A.I. bots solo or with a local buddy.

The mode itself will feature two different scenarios from the multiplayer side of things, Walker Assault and Fighter Squadron, and will let you adjust the difficulty of the bots to suit your needs. The local co-op option is for the Xbox One and PlayStation 4 versions of the game only, but it appears that Skirmish will support two player online co-op based on a Twitter response from one of the game's devs.

This new mode will be in addition to the existing "Survival" mode, which also supports two players offline or online, and will be available to everyone for free.