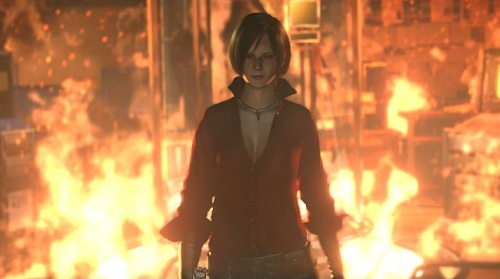 Neo-Umbrella's badass villainess/misunderstood anti-hero Ada Wong may be getting her own cooperative campaign in the latest installment of the Resident Evil franchise. Eurogamer (via NeoGAF and Gamefaqs) reports that the recently released Resident Evil 6 Xbox 360 demo contains files which divulge clues about the super spy's story.

The files in question contain the names of confirmed co-op partners: Leon and Helena, Chris and Piers, and Jake and Sherry. Ada's name also appears on the list. She's paired with a rather nebulous moniker, "Helper." This is obviously a place-holder title, unless we're about to witness what can only be called the greatest crossover of all time: "Resident Evil Venture Brothers: The Brockening."

Capcom has kept mum on the specifics, but offered this statement:

While it is correct that at E3 we confirmed that Ada Wong would feature in Resident Evil 6, we have no comment on the reports that are currently circulating.

Of course, all of this is forum chatter and nothing has been confirmed. Will Ada be playable in RE6? Probably. The only real question is if she'll be accessible in the regular game or if she'll be part of add-on DLC.

Resident Evil 6 supports two player local co-op and four player online co-op. It will launch on October 2nd on the Xbox 360 and PlayStation 3, and come to PC at a later date. The demo is current ly available to players who own the Xbox 360 version of Capcom's fantasy title, Dragon's Dogma.