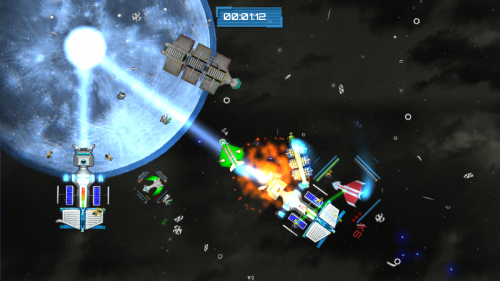 Happy Monday, people! Yes, it's still summer, and yes, there's still an appalling lack of triple-A cooperative launch titles. Wouldn't it be great if some newfangled 16 player fighting game extravaganza came along to save the day? Yeah, that would be something.

SCHAR: Blue Shield Alliance (XBIG) We usually don't cover Xbox Indie Games here, but most indie games aren't crafted with loving care by a few current and former Co-Optimus staff members. It's a twin-stick space shooter full of pewpewpew and awesome. BSA should be coming to an Xbox 360 near you this week. Look for it under the Indie game tab. 4 player local co-op

Dungeon Fighter LIVE: Fall of Hendon Myre (XBLA) It's got "Dungeon" in the name, so that's a plus, right? The popular PC title makes the jump to the XBLA. 2D side-scrolling, RPGing, fighting fun for everyone! 4 player local co-op, 4 player online co-op

Here are the other major retail releases for the week. If we missed something, please add it in the comments section.