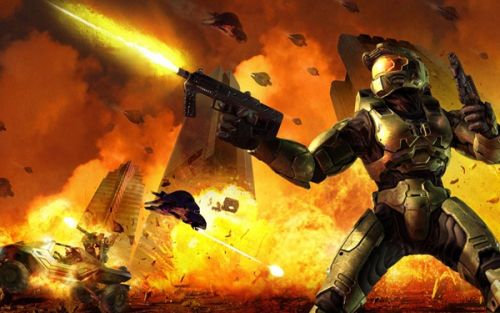 In a follow-up, it has been reported that 343 Industries, the developers of the highly anticipated Halo 4, is already talking another Anniversary title for Halo 2.

While Halo 4 draws close to retail (releasing on November 6th), we are hearing reports from OXM UK of 343 Industries rumored to have a Halo 2 Anniversary title secretly in the works claiming,"Following the success of remake Halo Anniversary, 343 Industries has now started development of Halo 2 Anniversary." Due to the enormous success of Halo: Combat Evolved Anniversary, 343 is looking to give the legendary Halo 2 a graphics facelift and continue to reintroduce a series that has shaped the FPS’s of today. More so than ever, players will be given another opportunity to play the title since its online servers shut down back in 2010 (a sad day for a lot of us).

Halo: Combat Evolved Anniversary's success should give 343 an obvious reason to make a Halo 2 remake.

Although 343 didn’t have more words to say on the matter, we can probably assume that this game will also come with the ability to switch back and forth between old style graphics and modern ones. Depending on how close it will release after Halo 4’s debut, we might even see the same sort of incorporation of Halo 4 multiplayer specs into the Halo 2 remake (such as “Spartan Ops”) just like Halo Anniversary did with Reach. We’ll keep you posted on anything we hear.

If 343 made the official announcement of a Halo 2 remake, would you or would you not look into purchasing it? Let us hear your thoughts!