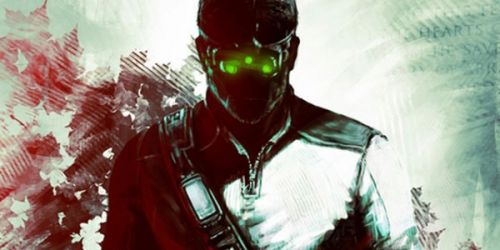 Up until now, Splinter Cell: Blacklist had a more general release date, “spring of 2013” attached to its name from Ubisoft at E3 2012. But after an update on the product’s revised description, the title’s officially release has now been leaked to the public from Amazon UK.

We might have thought that Sam Fisher's stealth expertise might have kept his newest game’s release date in the dark for a while longer, but it turns out it was ousted from the shadows prematurely. Instead of Ubisoft unveiling the date themselves, Amazon UK revealed the game’s opening date to be March 29th of next year. Whether this was intended or a mistake on Amazon’s part is up in the air. All we should, however, care about is that we now know where to mark our calendars for this amazing looking title. Don’t believe us? Take a quick look at some demo footage for yourself:

In addition, Amazon now has the official rights to the “Upper Echelon” Limited Edition on their website, featuring bonus content to players wanting to preorder Blacklist early. The “Upper Echelon” Limited Edition of the game will contain an A2 map of the game’s entire conflict zone, as well as an in-game Upper Echelon suit for Sam. The gear will boast “five armor pieces with a unique visual and damage protection bonus,” special, shiny gold goggles to add a bit of flair to your character, and a special bonus mission, all within a protective steel casing. Now how’s that for a preorder bundle? While Blacklist has a confirmed platform releases for the Xbox 360, PlayStation 3, and PC, the Wii U might also gain a version (currently rumored to be in mid-development). Again, Splinter Cell: Blacklist will be arriving in stores come March 29th of 2013.