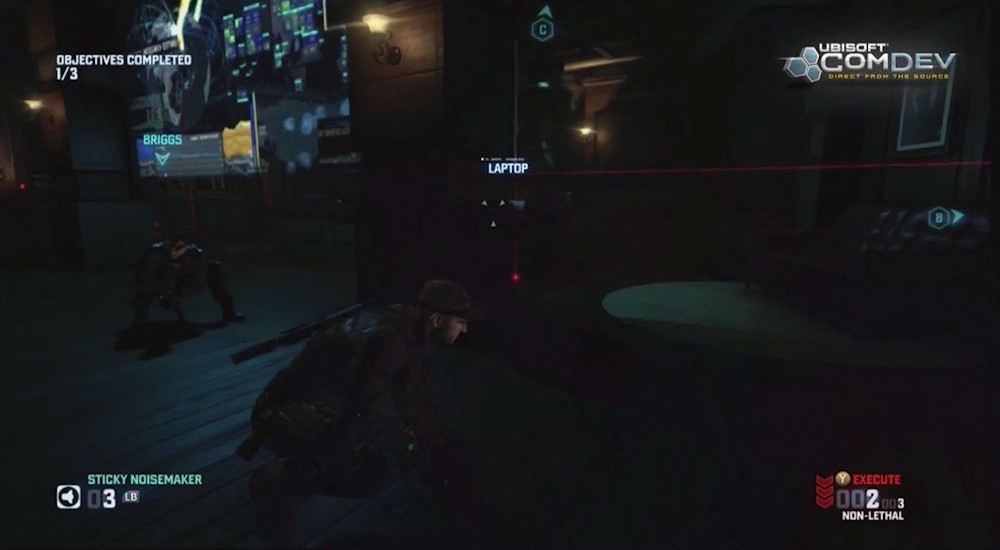 Can you believe it's finally almost time for another Splinter Cell game? It's been three years since Splinter Cell: Conviction was released, but Sam Fisher is back in Splinter Cell: Blacklist in just a few short weeks. While we haven't seen much in terms of co-op for the game, a trailer put out by Ubisoft should get you proper hyped.

Conviction had players jumping into the roles of some alter agents in co-op, but Blacklist is going to allow you to wear Sam Fisher's boots or his partner Isaac Briggs' night vision goggles. The missions are hardcore, called Grimm Missions, they are all about stealth and avoiding detection.

The video takes place during a mission called Sea Fort and you can get a good feel for the two player co-op stealth game. There's plenty of gadgets, gizmos, guns, and of course...takedowns.

Splinter Cell: Blacklist will be out on August 20th for the Xbox 360, PlayStation 3, Nintendo Wii U and PC. It features two player online co-op and two player local co-op on the consoles.