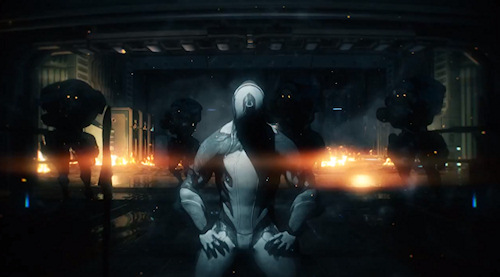 Warframe may not accurately convey the combat and characters in which it contains.  The mental image I get of the free to play game from Digital Extremes is of some big hulking robot, but as the latest alpha trailer shows a warframe is anything but.  Can you say robotic ninjas?  There's no slow lumbering combat here, just fast paced third person action with plenty of explosions, swords, and co-op.

There's a beta planned for the game this Fall, and Digital Extremes has said they'll be announcing a more exact date soon.  Warframe will feature four player online co-op when launched on the PC.