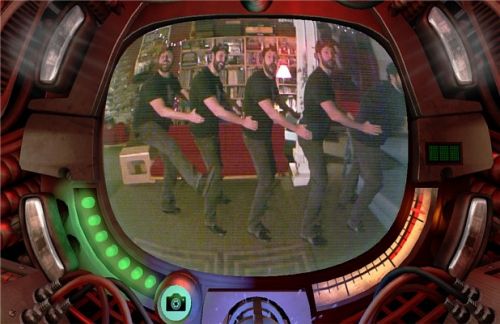 Many Co-Optimus readers are just like me.  They bought a Kinect for their 360, but it sits there gathering dust, making you feel guilty.  The only time it gets used in my house is when my nephews come to visit.  One of their favourite games is Happy Action Theater.  They will be giddy with excitement now that Double Fine have announced a sequel containing 17 new mini games over at GiantBomb.

The 40 minute livestream below is essentially an extended preview of many of the mini games. Personal favourites of mine include the fire breathing dragons and the disco game.  Nothing looks cooler than someone dressed as a robot, doing the robot - fact.

With no official title yet, Happy Action Theater 2 has not made its way onto the famous Co-Optimus database, but will soon.  The video highlights several mini games that at least 4 people can play at once.  Other great news is that owners of the original game will automatically unlock all the first games 's mini adventures in the sequel. This makes for a combined total of 35 experiences to play.  Happy, Happy, Joy, Joy.