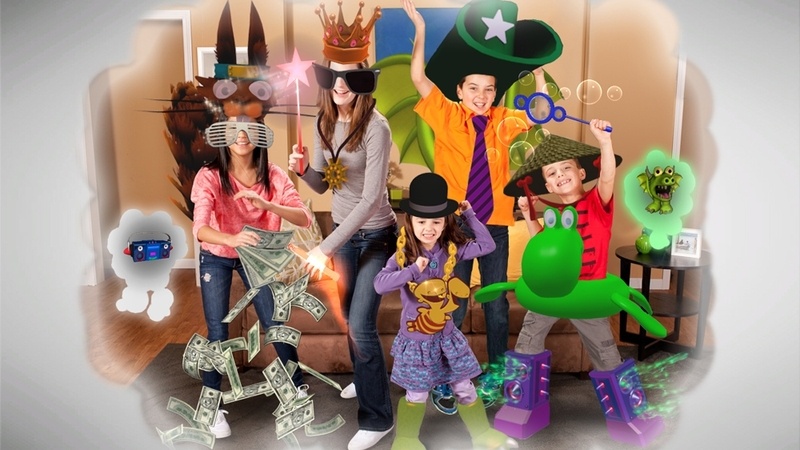 Happy Action Theater, Double Fine's collection of Kinect minigames and visualizers for XBLA, is probably the most beloved Kinect XBLA title besides Fruit Ninja Kinect. It really shows off what the Kinect can do and doesn't allow clumsy menus or motion controls to get in the way of the fun. As such, we've been anxiously awaiting the sequel: Kinect Party. Many gamers (particularly parents) would probably have paid 800 MS Points for the second game, but it turns out they won't have to. From December 18-31, Kinect Party will be completely free. Party time!

Much like the first game, Kinect Party is chock full of the strangest, most creative minigames imaginable. Players will pretend to be deep sea divers inside a bathtub, pirates digging through piles of sand, dig through blocks as Minecraft characters, get knocked over as bowling pins, and much more.

The technology has really improved since Happy Action Theater, allowing the game to place objects over parts of player's bodies, such as the aforementioned Minecraft heads. You can even take and share pictures now, something the first game really could've used. And if you own the first title, all of its minigames will be available in the sequel.

Kinect Party supports co-operative shenanigans for up to 6-players. Kinect fans, be sure to download it once Tuesday, December 18th rolls around!