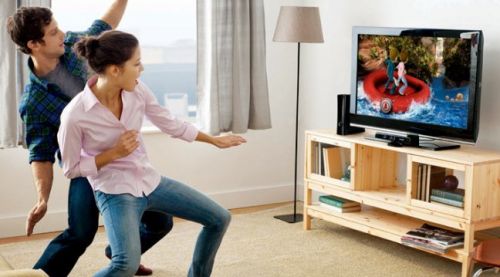 Holding back until the Xbox 360 Kinect hardware lowers in price? Today’s your day, fellow game consumer! Larry Hryb, Xbox LIVE's Major Nelson, has just announced that the Kinect has received a decent price reduction to entice everyone to come back to motion gaming.

If you were curious about investing in an Xbox 360 Kinect, now’s a perfect opportunity to re-look into it. As of today, the Kinect has permanently dropped in price from its original $150 price tag to $109.99 USD. The price reduction has been applied to North America, Latin America, and Asia Pacific regions. The price of the sensor will also be reduced in Australia and New Zealand on October 4th. Unfortunately, there have been no plans to drop the price for Japan and EMEA. All final prices will vary among every region depending on currency and a number of other variables. So what are some key co-op games to buy alongside the Kinect? Fruit Ninja, sporting a solid 2-player mode has been a pretty big hit among gamers this year, and we would also recommend Kinect Rush: A Disney Pixar Adventure for a great family, co-op title to own, or upcoming the Harry Potter Kinect that seems interesting in theory (who wouldn’t want to do the motions for casting the Stupefy spell?). Stay away from Kinect Star Wars if you want to avoid massive disappointment at your wallet’s expense and permanent hatred of the movie franchise.