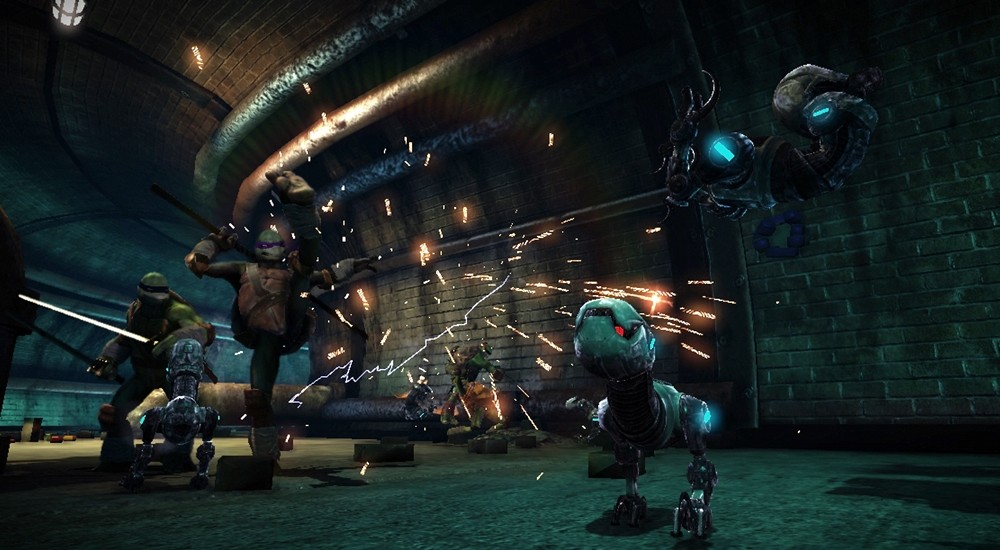 The long, hot summer is coming to a close. A new console generation is on the horizon. Time to get the most out of your current consoles before they make their way to those lonely guest bedrooms in the sky.

Spelunky (VITA,PSN) This kick in the teeth of a game challenging platformer is pleasant enough if you don't mind dying over and over and over again. Bring some friends. Misery loves company. The game supports Cross Play and Cross Buy, plus Vita players aren't locked into the same screen, which is nice. 4 player local co-op

Teenage Mutant Ninja Turtles: Out of the Shadows (XBLA) Xbox.com has the co-op features listed as two player local and four player online. I hope that's a mistake. The thought of couch co-op TMNT with only two players makes me sad. The game looks pretty sharp in motion, even though the turtles themselves look a little alien. 2 player local co-op, 4 player online co-op

Guardians of Middle-Earth (PC) The MOBA thing keeps on happening despite my lack of interest in it. Apparently you can gank, support, carry, roam, and do other relevant words that I totally researched on my own. I definitely didn't IM Locke and ask to be fed generic MOBA terms. This particular MOBA is like DoTA2 or LoL but with LoTR characters. The previous sentence pleases me. I know you can play against AI in this game. Maybe we should learn together. If you want to teach yourself you can check out our Guardians of Middle Earth Co-Op Review of the XBLA version.  5 player online co-op

Pokemon Rumble U (WIIU) This Wii U exclusive features everyone's favorite Pokemon, because all 649 of them are available to collect. I had no idea that there were so many Pokemon. Befriend toy Pokemon and team up with other players to defeat bosses. 4 player local co-op

The Chaos Engine (PC) This is a remake of an early nineties top down, run and gun shooter. The Chaos Engine is set in the Victorian era, so you know what that means: steam punk. Two local or online players can choose from six different classes and shoot things. The goal is to finally confront the creator of the Chaos Engine and the machine itself, where I presume more shooting will occur. 2 player local co-op, 2 player online co-op

Painkiller Hell & Damnation (360,PS3) This fast-paced FPS features a nice selection of weapons, hordes of enemies, and giant bosses. There's not a lot to it, but it looks like a good time, as long as you're into the whole shooting hordes of enemies and killing giant bosses thing. 2 player local co-op, 2 player online co-op

The following titles will be available from Amazon later this week. If we missed anything be sure to let us know in the comments section.