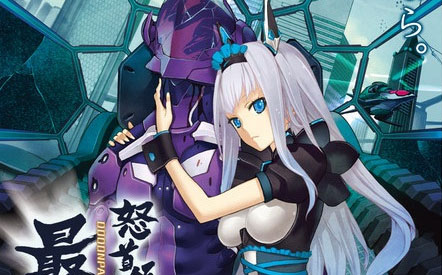 Japanese shoot-em-up makers CAVE have recently expressed interest in leaving the console market for the mobile market's greener pastures. Yet it turns out they have another Xbox 360 release in store for us after all. Dodonpachi Saidaioujou (a title which is extremely unpleasant to type and has no direct English translation) , the latest in CAVE's long-running Dodonpachi series, will make the transition from arcades to 360 next year.

The Dodonpachi series is known for two things: its steep difficulty and its robotic female character designs. Saidaioujou will surely be as tough as ever, but the console port will include a Novice mode this time out that should make it more bearable than Dodonpachi Resurrection's ultra-steep difficulty.

As for the characters, the female ship pilots all look more humanoid than robotic in this version, but the bosses will likely be another story. Here are the arcade version's three pilots: Dodonpachi Saidaioujou arrives in Japan in spring of 2013. No word yet on region locking or a domestic release, but its predecessor Dodonpachi Resurrection received a region-free European release, and CAVE's Akai Katana made it to both the US and Europe this year, so anything is possible. If Saidaioujou doesn't get a US release, expect to see it in a future installment of our Co-Op International column.