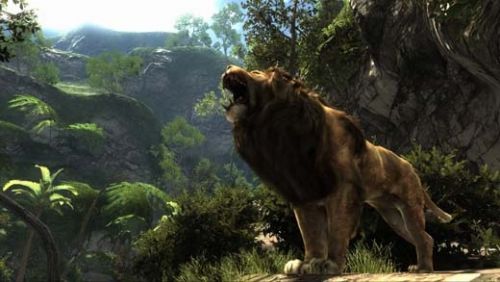 If you ever find yourself being attacked by a large predator, don't try to use intelligence to reason with it; you will be mauled.  If by any chance this happens to you twice, feel safe in the knowledge that the second mauling will be different from the first.  This is the idea behind the new Prowler AI in Cabela's Dangerous Hunts 2013, a system that allows you to be attacked in an infinite number of ways.

Cabela's Dangerous Hunts 2013 is due out on 23rd October and features a local two player co-op mode called 'Maneater' that will benefit from this new Prowler AI.  The AI is designed to randomize the way that the animals react to you so that no two scenarios will play out exactly the same.  Bear in mind that is a bear has it in mind to attack you; death is probably forthcoming no matter the AI.

The below video explains the Prowler AI in visual glory: