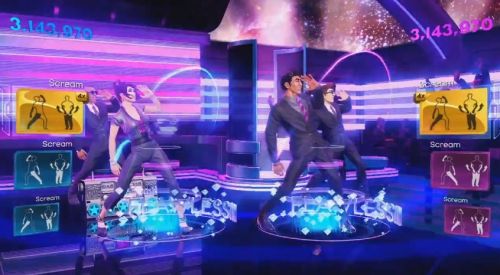 Dance Central 3 is almost upon us. Today we have a new video promoting the game, featuring several accolades. As I watch this video I realize what I'm doing wrong. I need more kickin' clothes. I've been dancing in front of my TV the whole time in shorts and a t-shirt. I look nothing like the characters on screen. I'm so embarrassed.

Either way, I'm not very good at these games. If I was more rhythmically challenged, I'd probably have a heart attack. Closeted wanna-be dance floor heroes like me can get down from the privacy of their own living rooms. Just remember to close the curtains. No one wants to see that.

I actually recognize most of those songs, so that must mean I'm still "with it." Damn. I don't see "Gangam Style," but if it doesn't ship on disk you can bet your dancing shoes it will be on the next batch of DLC.