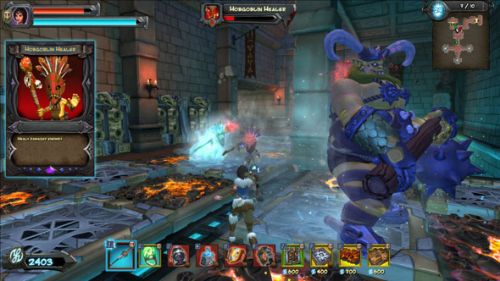 Robot Entertainment just announced today that they will be releasing their second booster pack for Orcs Must Die! 2 tomorrow (September 26th). Entitled Family Ties, the DLC will offer a hefty amount of new stuff for orc slayer fans.

On the content side of things, three new campaign and three new endless levels will become unlocked (available in both single-player and co-op). Gearwise, two new weapons, one new trinket, and two vanity costumes (one for War Mage, one for Sorceress) are being thrown into the mix. New types of orcs (including the enormous Ball and Chain mob) will also test players' trap-laying, spell-slinging prowess.

The Family Ties DLC will be available starting tomorrow, September 26th on Steam for $4.99. Look forward to our upcoming impressions piece on it.