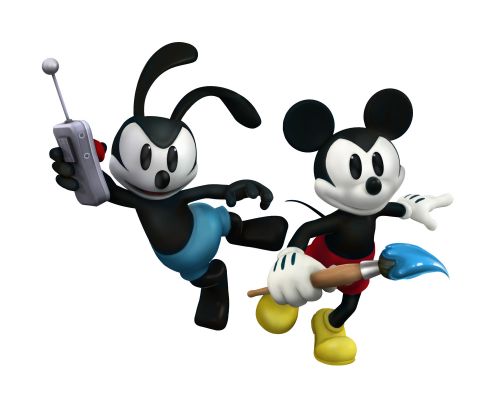 Disney Interactive has just confirmed the release date of the Wii U version of Epic Mickey 2: The Power of Two, only previously revealing the official dates of the Xbox 360, PlayStation 3, and Nintendo Wii versions.

Proudly announced by Disney Interactive, gamers can now look forward to November 30th to play Epic Mickey 2 on their new Wii U consoles. Along with the high definition graphics of the Wii U, exclusive features will be implemented for this version as well. Using the Wii U GamePad, players will have access to a fully detailed map of the Wasteland, used in real time. Waypoints and markers can help players navigate the artistic world of Epic Mickey 2 with ease, along with tracking every side quest the player takes on or completes. Finally, players will be able to access and releasing “sketch” powers on the touch pad, which will add even more assistance in navigation and overall mission success. It’s exciting to bring Nintendo fans ‘Disney Epic Mickey 2: The Power of Two’ on Nintendo’s revolutionary new game system,” said Bill Roper, Vice President of Disney Interactive. “The technological advances of the Wii U system have allowed us to enhance player direction and provide our fans with an immersive as well as unique gaming experience.

Epic Mickey 2: The Power of Two will have a slightly earlier launch date of November 23rd in the UK, however, for the PlayStation, Xbox 360, and Wii versions. Don’t forget that a 3DS exclusive version of the series, Epic Mickey: Power of Illusion, will release on the same day as well. Again, the North American version will arrive shortly thereafter on November 30th, with plenty of time to get a nice handle on the new Wii U system released on the 18th.