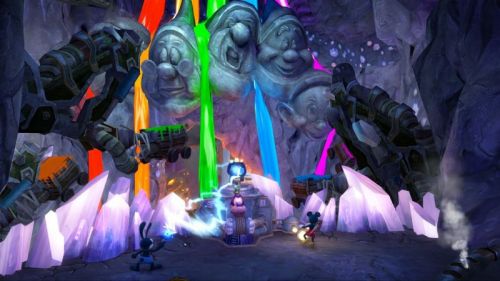 Disney have released a new set of screenshots for the upcoming platformer, Epic Mickey 2: The Power of Two.  The Xbox 360, PlayStation 3 and Nintendo Wii game teams up Mickey with Oswald as they adventure through classic Disney locales utilizing the power to create or destroy to solve puzzles.

The new screens are from the Rainbow Falls and Little Mermaid levels in the game.  The art style looks great with plenty of colors and a solid sense of scale.

Epic Mickey 2: The Power of Two will be out on November 18th and feature two player local co-op.