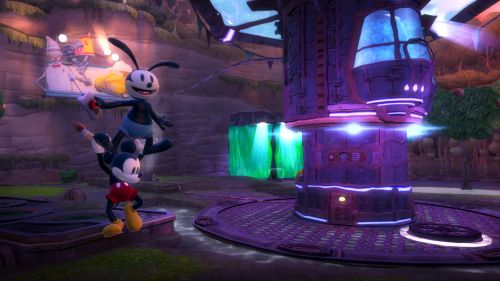 The two player co-op adventure/puzzle game Epic Mickey 2: The Power of Two is today's Gold Box deal on Amazon.com.  You can snag the recently released title for just $20 - a savings of 67%.  The game is available for the Xbox 360, PlayStation 3, and Nintendo Wii for the special price and features two player couch co-op through the entire story.   One player takes control of Mickey while the other controls Oswald as you create and destroy universes based on Disney franchises.

The deal ends once Christmas does, so get it now before it's too late.  I'm sure you got an Amazon gift card in your stocking today perfect for this!