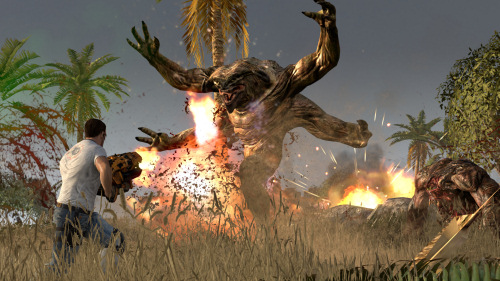 We reviewed the game late last year and came away impressed with the sheer size of the game.  (That's what she said).  The chaos that ensues during a 16 player campaign is rarely equaled in a video game while still maintaining the fun factor.

Serious Sam 3: Jewel of the Nile follows the legendary hero to the mysterious Temple of Isis on the island of Philae where a monstrous temple guardian lies in wait. Set in the midst of the events in Serious Sam 3: BFE, Sam and his team will battle through three new campaign missions against the unrelenting hordes of Mental’s forces.

The pack can be purchased via Steam or from GetGames.com when it launches on October 16th.