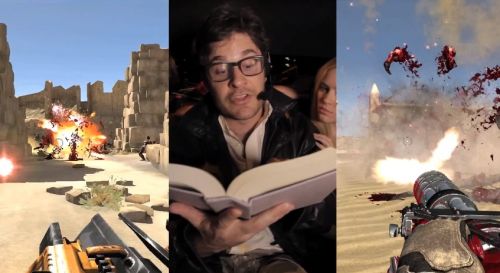 Serious Sam 3: BFE has a solid release date for the Xbox Live Arcade. It will be hitting the digital storefront on October 17th. As we reported earlier this week, the game will be sold in two parts. Sam is just too damn big for the XBLA file size limit. The single player and cooperative campaign will make up one digital package, the multiplayer modes and new "Jewel of the Nile" DLC will make up the second. Each will cost 1200 MSP ($15).

That's the straight dope. Now for the funny. Rich Knuckles is bringing it in this latest video. He's taken his "Serious Sam Helpline" mobile and, well, just enjoy the video.

Don't get between a man and his gummy bears.