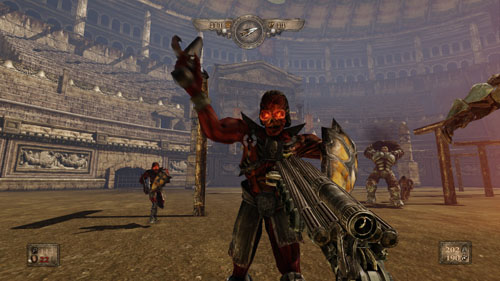 With all the news about DLC for the months-old PC version of Painkiller: Hell & Damnation as well as collector's editions for the console releases, Mac and Linux gamers might feel a bit left out. But Nordic Games wants to remind you that hell and damnation can be shared by everyone, regardless of operating system. Releasing this spring, Painkiller: Hell & Damnation will finally make its way to both Mac and Linux! To quote the official announcement: "muaaaaaahahahahahahaha".

Along with the platform propagation, Nordic also announced the simultaneous release of a mod-kit for Painkiller, opening up the gates of purgatory for everyone to create their own content. Co-op play on all systems allows for two players either online or local. Painkiller: Hell and Damnation hits Xbox 360 and PS3 systems on April 5th, while the Mac/Linux and mod-kit release is set for April/May.