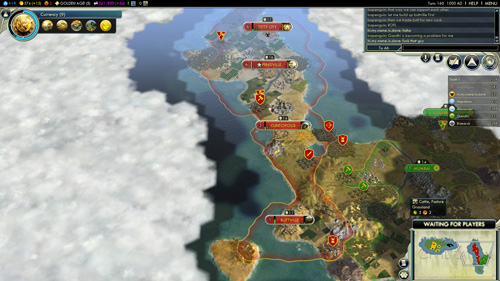 Civilization V has gotten a huge patch that includes dozens upon dozens of tweaks, fixes, enhancements, and more.  The "Fall Patch" was released on November 1st and is detailed in a 2K Games forum post.  For co-op gamers a lot of important fixes were implemented to the game's AI, making them smarter - but more fair.  There's also several performance improvements and support for Windows 8.

We've pasted the details of the patch below.