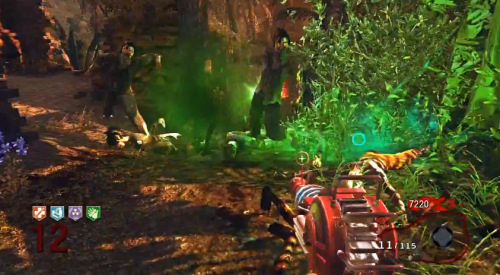 We still haven't seen much of Call of Duty: Black Ops 2's zombie mode, though we do have a general overview of it.  Called Tranzit, players are taken to an open world like setting, riding a bus from locale to locale fighting zombies along the way.  But other than that teaser video we haven't seen much in terms of actual  gameplay or maps, at least, until now.

Apparently legit copies of Black Ops 2 have been sold in Europe which means plenty of folks are already playing the game.  And like anything in the internet age, video of said playing as leaked online.  We've scoured YouTube and dug up a few leaked videos which showcase what looks like a much darker zombie mode than the past game.

While the below videos doesn't showcase any cooperative play, we do know that zombies supports up to four player online co-op.  Call of Duty: Black Ops 2 is out on November 13th for Xbox 360, PlayStation 3 and PC and on November 18th on the Nintendo Wii U.