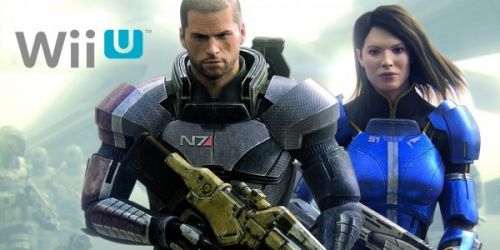 The majority of us here have played Mass Effect 3, completed it and then replayed it for the new ending.  However, none of us have experienced the Wii U Special Edition of the game.  The 360 may have had Kinect functionality, but the Wii U has unique Wii U Gamepad functionality.  Check out the new trailer to get a taste of what the fancy controller brings to the game.

Mass Effect 3 Wii U will be launched alongside the Wii U itself in each represented country.  The game will contain the DLC, both single player and co-op that is already out for the other consoles.  The unique features of this edition of the game all surround the Gamepad.  When in battle you can use the overhead map displayed on the Gamepad to offer pinpoint instructions to you allies, whilst also aiming better yourself.

There is no indication as of yet how the Gamepad will affect the co-op aspects of the game, but hopefully all 4 players won't be staring down at their controllers firing off pinpoint grenades as the luscious graphics go unseen on the TV.

The new video for the Wii U Special Edition has a brief cameo of the Gamepad and gives you a taste of what to expect from the game: