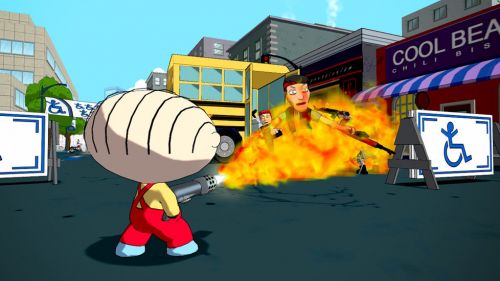 The Wii U is out. It's interesting. The mini-games I played in NintendoLand were fun, but I'll need more time with the system before I take the plunge. All those games came out yesterday, which means they piggybacked on last week's Co-Op Release Alert. I highly recommend checking out our Co-Op Spotlight: Wii U Edition. It has a more comprehensive list of the co-op games for Nintendo's new system.

Family Guy: Back to the Multiverse (PS3,360) Is it just me, or does this game feel like it should have come out a decade ago? Brian and Stewie ham it up in a third person shooter. It might be good. Maybe. 2 player local co-op

Rise of the Guardians: The Video Game (360,PS3,Wii) This is a licensed game based off a Dreamworks movie where fairy tale characters must join together to save the world. It features a tatted up Santa. I really don't know where to go from there.  4 player local co-op

Below you'll find the other retail releases of the week, complete with Amazon links.