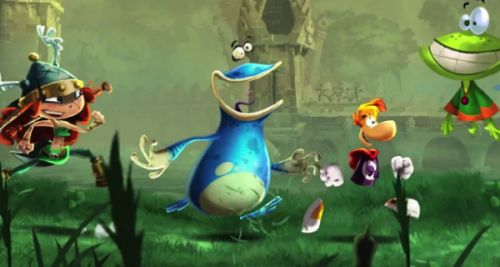 Online magazine, Pure Nintendo, initially posted an “exclusive” announcement stating Rayman Legends’ official release date, which has officially been debunked somewhat by publisher Ubisoft as of today. Co-op gamers will be glad to know that the game will be given an early 2013 release rather than a much later one!

It was back in October that Ubisoft issued Rayman Legends’ delay in release, re-scheduling it from a 2012 release to a much farther one in the Wii U launch window (as far as late March 2013). Today, however, Ubisoft has come forward to say that Rayman Legends will officially release in early 2013. This doesn’t necessarily debunk the official release date rumors from Pure Nintendo (their original post has since been taken down), but we do have a better idea of when Rayman Legends will hit store shelves. The Ubisoft representative's statement to the game industry reads:

Ubisoft confirms that Rayman Legends is scheduled for release in early 2013. The team is working hard to finalize the game and is looking forward to sharing more details with fans very soon!

Though an exact release date isn’t exactly confirmed through this story, at least we know that we won’t have to wait much longer to get some extra 5-player (yes, we said 5-player) local co-op play going on our Wii U’s. The delay of Beyond Good & Evil 2’s game development is a testament to Ubisoft’s strong desire to get Rayman Legends’ out by their desired release time frame.