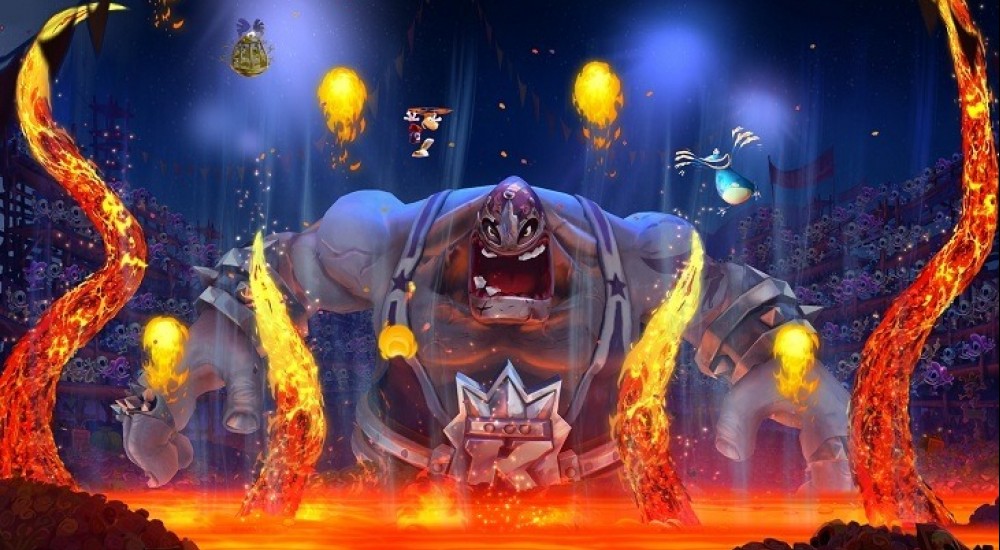 Rayman Legends launched on Xbox One and PlayStation 4 this week and with it came a next gen launch trailer. Originally set for February 25, gamers got a surprise when it was announced the title would be coming a week early.

With the newest version of the game comes a few features and perks for early adopters of the latest and greatest hardware. Obviously the game looks stunning on both systems. The graphics have been updated to take advantage of the added power of the Xbox One and PS4. The Xbox One version allows access to some exclusive costumes from other Ubisoft games, such as Splinter Cell, Assassin's Creed, and Far Cry 3. PS4 gamers are able to scratch off in game tickets by way of the DualShock 4 touch pad to reveal various prizes. This feature is very similar to the Wii U Gamepad functionality.
If you already Rayman Legends on your last gen consoles, these new features might not be enough to repurchase the title. But if you've yet to pick up the title, this might be the time.