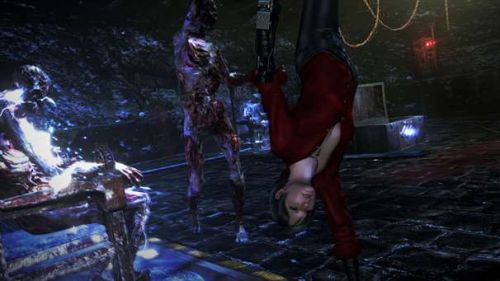 Though a long time coming, PC gamers will finally get the chance to download their own version of Resident Evil 6 early into next year. At the same time, Capcom is continuing to add more content to the current console version in the next few weeks.

It has been confirmed that PC gamers can purchase the PC version of the game as a digital download on Friday, March 22 next year. It doesn’t matter if it’s a retail disc or a digital download, Resident Evil 6 will hold all of the same content within the console versions and then some. The Ada Wong campaign, “No Hope” difficulty mode, and all other free title updates will be included as well.

Through the use of Steam’s awesome functionalities, there are some clear advantages to purchasing a digital download:

To accommodate Resident Evil 6 to your PC, we have a couple lists of recommended specifications be added first. Here’s what gamers will want to have before purchasing the game: In addition to the PC version’s details, Capcom has continued their commitment to implement feedback from current Resident Evil 6 players into the game by announcing their second free title update. Available starting January 22nd, 2013, Xbox 360 players will be offered the brand new game mode: “Agent Hunt Mode”, along with some other features being implemented to the existing game. Here are some details on what you can expect to see from the update so far:

-        Available without having to complete a campaign.

-        Selectable criteria for joining a session:

-        Players can determine whether to join a session based on campaign player’s settings such as infinite ammo or friendly fire setting.

-         Individual stages within chapters can be accessed at any time once completed.

- Some sections of the game have had their difficulty adjusted to provide an improved experience.

Also, Xbox 360 owners can be sure to find Resident Evil 6 for digital purchase on the “Games On Demand” browser very soon. Look for the PC version next year, along with this second title update, a little while after the holiday season dies out. Until then, Happy Holidays, zombie lovers!