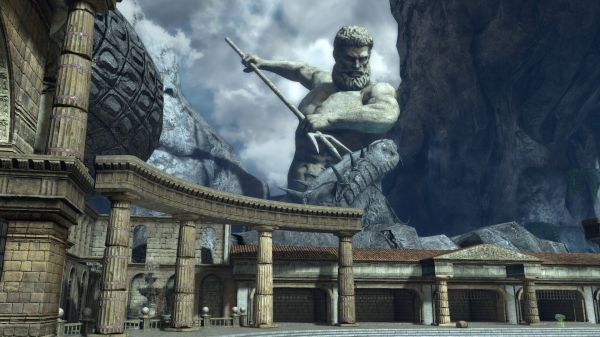 Atlus have just announced a brand new 3rd person shooter called God Mode, which is being billed as a "humorous take" on the underworld and features an RPG like system for upgrading and customizing your character.  Players take on the role of a descendant of an ancient god who is turned mortal when his family is banished from Mount Olympus.  You'll be battling through the Maze of Hades in the underworld to seek redemption and show them who's still a god.

It seems the meat of the game is its arena style combat combined with a customization system that allows players to bring different skills into battle which compliments the 11 weapons.  Obviously this sounds perfect for co-op and God Mode delivers with four player online co-op or four player co-op via LAN.

God Mode is being developed by Old School Games for Xbox Live Arcade, PlayStation Network and PC and will be priced at $10 when it's released in early 2013.