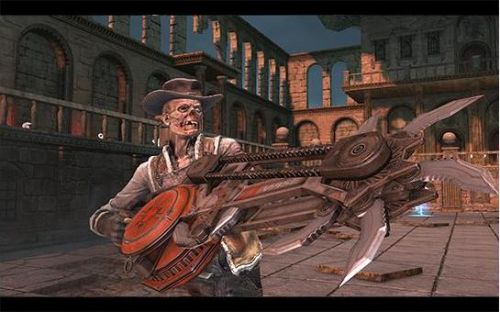 During the night I had a vision, it came to me in a square of light.  This light was the glow of my monitor and the vision was of the God Mode launch trailer.  God Mode is already out on both XBLA/PC and will be hitting PSN tomorrow.  Mode is a third person shooter that allows up to 4 players to run around like headless chickens.  Don't believe me?  Then check out the new trailer and info after the break.

The game costs 800 Microsoft Points or $10 depending on what platform you purchase the game on (hint: don't try to buy the PSN version of the game with Microsoft Points).  Co-Optimus are currently playing the game for a review and will reveal the full critical co-op briefing soon.  In the meantime, here is a slightly insane trailer and publishers blurb to keep you content: