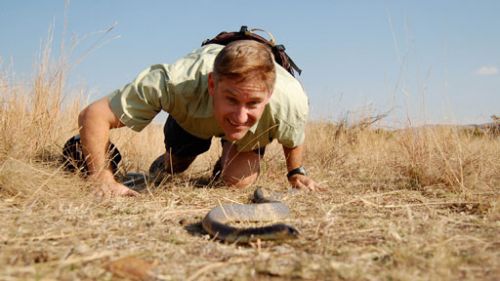 Microsoft's Kinect peripheral offers some fine opportunities to get in shape while having a bit of fun. Earlier this year, learning also entered the mix thanks to Kinect Nat Geo TV and Kinect Sesame Street TV (only the former of which is co-op). As I explained in our co-op review, I wasn't crazy about the actual game portion of Nat Geo TV, but I did approve of the concept as a whole. It seems the wider Kinect audience appreciated the idea too, as both games will receive a second season on January 7th, right after the holidays.

It seems that the digital download versions of the two previous Playful Learning titles were more popular than the disc versions, so Season Two of each game will be available exclusively through download. Like Season One, users will have the choice of buying individual episodes (which clock in around 45 minutes apiece) for 400 MS Points ($5) or getting all eight episodes through a season pass for 2400 MS Points ($30).

Naturally we're concerned primarily with Kinect Nat Geo TV Season Two since it will support 2-player local co-op. As with the first season, each episode will consist of a nature-themed live action TV segment hosted by a personality from the National Geographic channel. The first game's wolf-kissing host has been replaced by Brady Barr of the Dangerous Encounters TV show. Look at him stare that snake down in the picture above!

Interspersed between the TV footage will be playable minigames based on the corresponding episode. Hopefully those minigames lean more towards fun and less towards exhausting and painful in this installment. We'll find out in two weeks when both games launch!