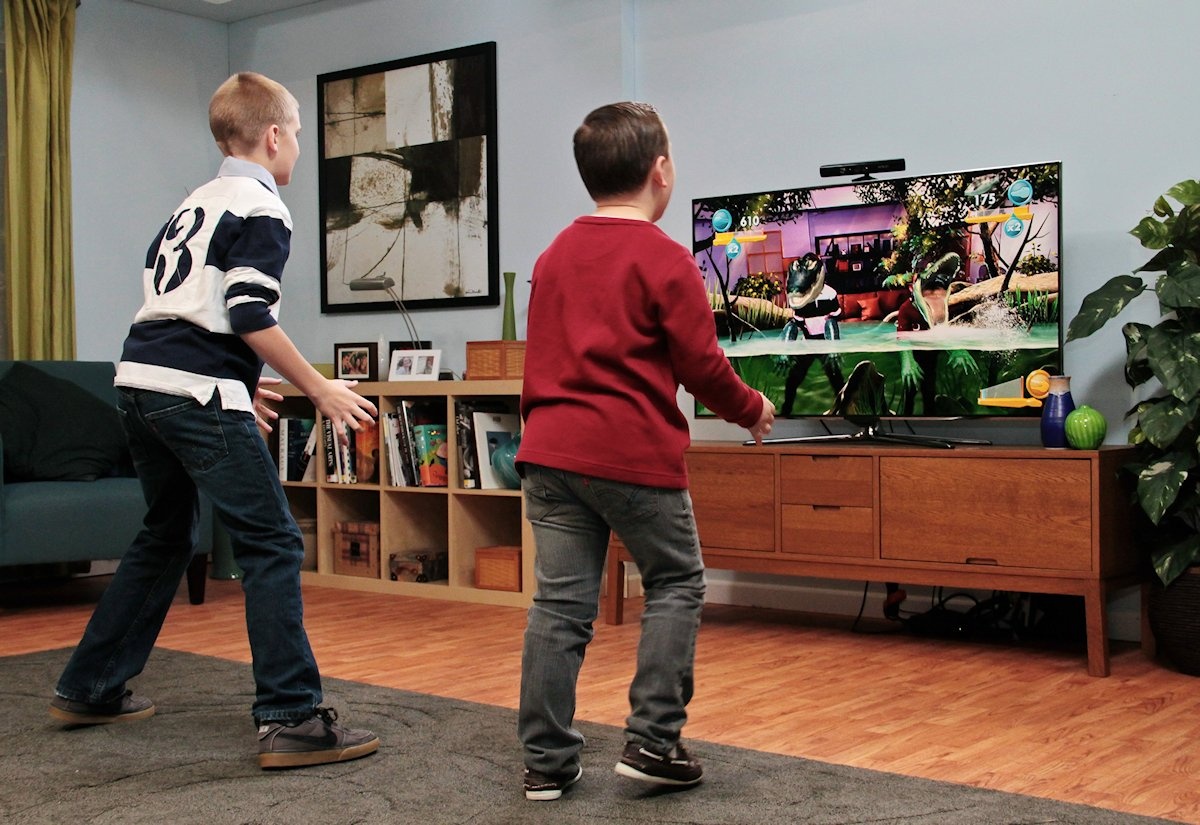 See those kids hopping about in front of a studio made up to look like the perfect living room? They are playing Kinect Nat Geo TV Season Two, baby! And you can too, because the sequel/add-on to the original Kinect Nat Geo TV is now available to download on Xbox 360. This season promises eight more episodes of nature-themed education mixed with motion-controlled minigames, plus a new host: Brady Barr of Dangerous Encounters.

Along with Kinect Nat Geo TV Season Two, the second season of Kinect Sesame Street TV launched this week as well. Sesame Street TV sadly lacks the wonderful co-op of Sesame Street: Once Upon a Monster, but we mention it since you can't legally talk about one Kinect TV game without discussing the other. Also, Sesame Street TV is pretty fantastic for young kids, even without co-op support.

Whereas the first seasons of Kinect Nat Geo TV and Sesame Street TV are available as either a retail disc or digital download, the second seasons exist exclusively as digital downloads. For either game, users can purchase individual episodes for 400 MS Points/$5 or buy the complete 8-episode season for 2400 MS Points/$30. Oddly, neither game has a download page at Xbox.com for us to link. Just hop onto your Xbox and grab them if you're interested.